Cooking Up Halloween Scares At The Asylum

Just in time for the Halloween season, my first short story collection, Asylum Scrawls, has been set loose on an unsuspecting world. To kick things off, I’m running a special from now until Halloween. You can get a copy of Asylum Scrawls for only 99 cents. After the ghosts and goblins have their fill of candy and egging houses, the price goes to $1.99 (still a bargain if you ask me). With fantastic cover art by Mike Chella and a creepy bonus story by my mentor, Norm Hendricks, it’s sure to make you question what’s real and what’s not.

As an added bonus, if you download a copy before Halloween and let me know through this old blog and chain, the FB fan page or Twitter, you’re also eligible to win a copy of any of my novels. You can’t beat that with a stick, or chainsaw, or hot poker, or machete. I’ll be giving away books all through the Horrortober season. That’s right, all treats, no tricks. 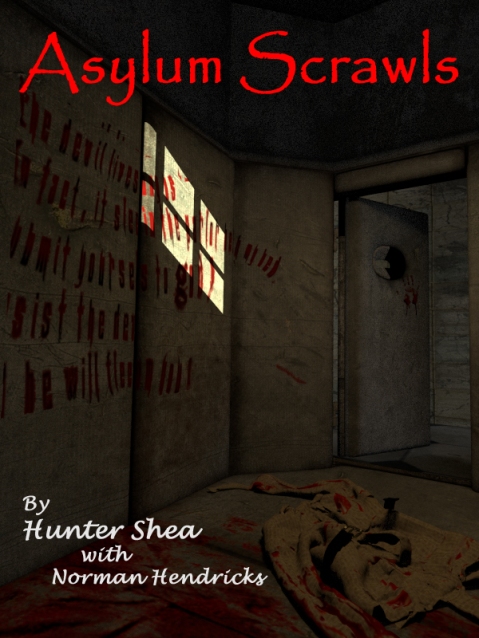 So, what’s cooking in the asylum?

Help me get this bad boy to number one! To order your copy from Amazon, click here.

13 responses to “Cooking Up Halloween Scares At The Asylum”