Cover Reveal : WE ARE ALWAYS WATCHING

I’m beyond excited to not only share the brilliant cover art for my upcoming novel with Sinister Grin, but also show you the progression of the art and how it came to be in artist Zach McCain’s own words! WE ARE ALWAYS WATCHING is a chilling tale of isolation and deep, dark family secrets set on a withering Pennsylvania farm. Here’s the official Sinister Grin press release and a rare behind the scenes peek into how book covers are born.

Last month, Sinister Grin Press was very excited to announce our publishing deal with the best selling and fan favorite author Hunter Shea. This is the first time Sinister will publish work by Shea, and as well, we are honored to publish his first limited edition! In January 2017, we’ll start the year off in horrific style by making WE ARE ALWAYS WATCHING available in a hardcover Limited Collector’s Edition. We’ll be offering the paperback and e-book versions a few months later.

Today we are anxious to reveal the cover for WE ARE ALWAYS WATCHING by Hunter Shea, with art and design by the amazing Zach McCain!

Here are some of Zach’s thoughts on his artistic progression and thoughts when making the cover…..

The direction I got for this cover was very simple and straightforward:  A run down farmhouse with a yard overgrown with weeds and the shadow of a person stretching out towards the house.  At first I didn’t think there was much I could with this and it reminded me of many covers I had seen from small press horror publishers years ago.

I started drawing the house straight on and large on the page.  Something about this started to look boring to me and I found myself struggling to continue.

At this point I decided to start completely over.  This time I would draw the house from an angle and looking slightly up at it.  And I decided to make it much smaller. 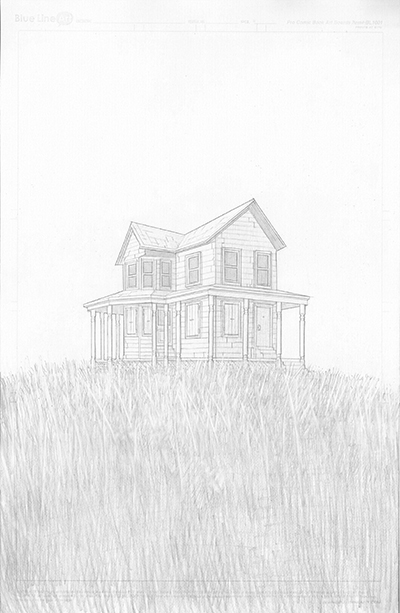 I felt much better about it after making the changes and quickly finished the pencil drawing portion of the cover.

I was still concerned about it looking like so many other similar covers that I had seen of a spooky house so I decided to give it a harder edge.  More “Texas Chainsaw” and less “Haunted Hill.”

The final step was adding the text.  It ended up being way better than I had originally expected it would.  I’ve found that if you aren’t “feeling it” then it is better to scrap it and start completely over than to continue with something that you aren’t confident with. 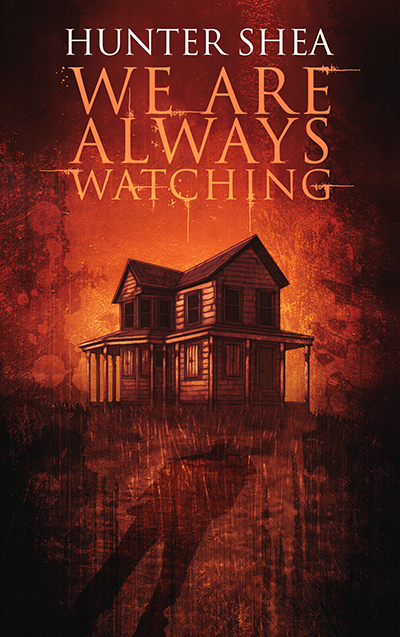 At Sinister Grin Press, we love how it turned out. Watch for more news to come on ordering the limited edition from our website. And as always, we welcome your visit to our site and your patronage. We hope to make 2017 our best year yet and continue to produce quality “horror that’ll carve a smile on your face.”

6 responses to “Cover Reveal : WE ARE ALWAYS WATCHING”