The miracle of Christmas from a horror writer’s perspective…

This time of year, I see a lot of signs and bumper stickers that declare we need to “put the Christ back in Christmas.” Even if you’re not a Christian, I’m sure you can agree that the birth of Christ is the true reason for the season. It’s just a matter of historical perspective. The secularization of the holiday has created a backlash, though it gets drowned out by frantic shopping, bright lights, and lying to children that elves on shelves and fat old men are watching their every move. We CAN put the Christ back in Christmas, if the Catholic church so desires. I’m going to propose a very unconventional way to go about it. 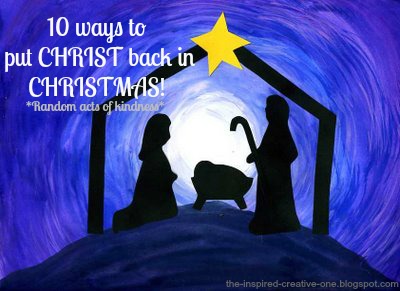 Faith seems to be in very short supply these days. It gets harder and harder to keep the faith as we are bombarded with more and more distractions. Our 24/7 news cycle is designed to only show us the worst of humanity and the unfairness of life. It’s not only depressing as hell, it also makes you question whether there can be a Creator God who would allow such things to happen to his (or her) children. Add to that an abundance of material and opinions on religious history and it gets to the point that you don’t know who or what to believe. So what do you need to pull your head from the orgy of Christmas excess to the true meaning of this time of year?

And like I said, faith is getting pretty hard to come by.

Even during the time that Jesus walked the earth (kinda like Kung Fu) and was performing miracles, there was a lack of faith. The Apostles and his disciples needed constant reminders of his divine origin. Remember good old Doubting Thomas?

24 Now Thomas , one of the Twelve, was not with the disciples when Jesus came. 25 So the other disciples told him, “We have seen the Lord!”

But he said to them, “Unless I see the nail marks in his hands and put my finger where the nails were, and put my hand into his side, I will not believe.”

26 A week later his disciples were in the house again, and Thomas was with them. Though the doors were locked, Jesus came and stood among them and said, “Peace be with you!”27 Then he said to Thomas, “Put your finger here; see my hands. Reach out your hand and put it into my side. Stop doubting and believe.”

29 Then Jesus told him, “Because you have seen me, you have believed; blessed are those who have not seen and yet have believed.”

Thomas, who was alive when Jesus was healing the lame, turning water into wine, and bringing the dead back to life, still needed concrete proof. His faith wasn’t strong enough, even though JC was in his midst doing what JC did best. Thomas needed that extra bit of proof.

So why are we expected to have so much faith two-thousand years and endless atrocities later? It’s nice to be blessed, but it isn’t easy to attain, even now, during what is supposed to be one of the happiest and most holy times of the year.

People need proof. And short of the second coming (which, if you believe the prophecy, will not be all wine and roses), we need concrete evidence of divine forces working here on earth. You might say “we need miracles!” and run to your book of saints, pointing out the oodles of miracles performed in their names over the centuries. Or the stigmata of Padre Pio, who was with us all the way until 1968, stunning believers and non-believers alike. Tales of angelic intervention and miracle cures abound.

But it’s not enough to cut through the noise. Not for us. Not for this world we’ve shaped.

We feed off the negative. I know it’s hard to say, but it’s true. If we didn’t, our newscasts would be vastly different, Jerry Springer would have been on the air for 25 days, not years, and civil discord would be the norm, not the exception.

So, in light of what we are and what we need, I propose this:

Show us an honest to God exorcism.

We have endless ways to document and record the fantastical feats performed by the possessed. From speaking in strange languages in bizarre voices, to vomiting objects such as nails, insects and small animals (people have been known to throw up frogs and mice), levitation, and so much more, these are things that will frighten us into belief. Imagine the visuals and audio of an exorcism, presented to us not just through tacit approval of the Catholic church, but also independent sources (especially if we can get an atheist on board, which shouldn’t be hard to find in the media). 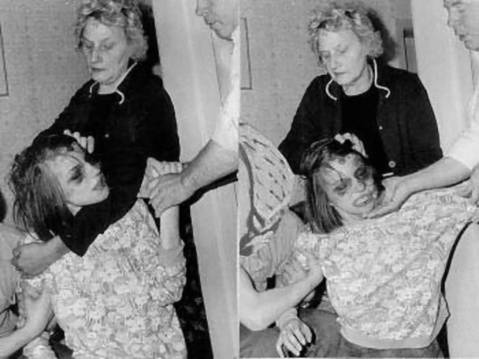 I was told by a monsignor that had performed several exorcisms that true evil does exist. We all know that. We see it, and want to see it, everyday. What we need proof of is that evil exists as an entity separate from man. We may not be able to see the good around us, but if you take the time to show us the bad, people will take notice. Film a miracle and I doubt it will make the news (if it does, it will have X-Files music playing in the background). Show the terrors of an exorcism in living color, and it will be the headline story.

All of this says more about us (and me), than it does about God (or whatever name you want to hang on the entity that made us…if you believe). But as any parent will tell you, we learn through fear. Parents instill a fear of putting your hand on a hot stove, leaping off the edge of the tub, talking to strangers, taking drugs, and hundreds of other things. That fear keeps us safe. If you want the most incredible Christmas in history (okay, the second most), frighten us. Put the fear of God and the Devil in us. Prove to us what awaits a shallow, secular life and we will sing praises, open our hearts to love, and spread joy at Christmas. We will believe because just like Thomas, we will have been given proof.  Maybe we won’t be as blessed as those who never needed proof, but we’ll be on the right path.

Sure, this won’t work for everybody. Nothing can. People will claim the proof is fake, or a ploy to get fannies to fill church pews. There’s no such thing as a cure all. But the impact will be seismic. Is it sad we have to cater to our base nature to elevate our souls? Perhaps. Or maybe we just have to accept what we are and find a way to improve our lot in life (and the afterlife), no matter how much it makes us cringe.

Maybe we’re the little Whos down in Whoville that needed proof of evil in the form of that nasty Grinch to strip away the distractions and noise and show us that we better get our acts together. His heart may have grown three sizes that day, but what impact did his evil have on them?

And speaking of the Grinch, I’ll leave you with Dr. Seuss’s parting words:

2 responses to “A Christmas Exorcism”