An Interview With Jim Harold of the Paranormal Podcast

Now it’s time for me to be a fan boy. I’ve been a huge fan of Jim Harold and his incredible Paranormal Podcast for years. A long time subscriber, I listen to every single episode, from The Other Side, to Crime Scene, Ancient Mysteries and the newest addition, The Cryptid Report (on which I was a guest recently, talking about my old pal, the Jersey Devil. You can check that out here).

It’s an honor to have Jim on this old blog n’ chain. We talk about a possible grand unified theory of the paranormal, dream guests and pursuing podcasting full time. So read on, Hellions, and do yourself a favor and listen to the free podcast and subscribe to his Plus Club. You can thank me later.

When it comes to bringing the best and brightest of the paranormal world to listeners all around the world, your podcasts are the top of the heap. How has this decade-plus ride been for you as creator, chief, cook and bottle washer (to steal your own phrase)?

It has been nothing but great. Of course, there have been frustrations and times when I wasn’t sure it was all going to work out but all in all it has been the opportunity of a lifetime for me.

Everyone has to start somewhere. Who was your first guest and how did you get them on the show, especially being an unknown quantity at the time?

It was July 29, 2005 and the guest was Loyd Auerbach who is one of the best people in this field. I simply wrote him an email asking. He was kind enough to say sure. My plus members can still listen to that show but my ears bleed when I hear it.

You often talk about the impact In Search Of had on you and your career. I see that with so many people of a certain age (like myself) who have gone on to write and create in the horror/scifi/paranormal fields. What was your favorite episode? Which one scared you the most?

Hmm, that is a tough one. I always loved the stuff about The Bermuda Triangle. That eerie music freaked me out. I loved it! (Hunter’s Note : The soundtrack to In Search Of still creeps me out. Literally the only music that gives me the willies.)

People really appreciate the fact that you’re not a ghost/cryptid/UFO investigator. You’re the even-keeled man behind the mic giving voice to those who have dedicated their lives to the study of the strange and unusual. After hundreds and hundreds of interviews, what’s surprised you the most?

That there is very possibly some tie between these different phenomena…I originally viewed everything as very siloed but now I wonder. Is all of this stuff, or at least some, connected?

Over the past year, you ask a lot of your guests about a grand unified theory of the paranormal, where perhaps everything is all part of the same whole. You have a unique view of the entire landscape. Gun to your head, do you think ghosts, cryptids, UFOs, the whole gamut, are related and if so, what do you think is behind it all? If it’s all originating from some starting point, there has to be an originator.

Ah, I anticipated your question in my last answer! I think that there is SOMETHING connecting everything but I don’t know what. I have no idea. I think it is kind of like Plato’s Allegory of the Cave where we are just all looking at the shadows on the wall, trying to interpret them but failing because we can’t see what is really going on.

Did you ever interview someone outside of your Campfire show that told a story so frightening (maybe even because it was a horrifying potential reality), it gave you chills or maybe made sleep a little more difficult that night?

I recently did a show on the 1949 case of a possessed St. Louis boy who was the inspiration for The Exorcist. To know, and this is well documented, that there are real cases of what appears to be demon possession is very unsettling to me. If demons come out this aggressively and it is documented, how do they infiltrate our daily lives and we don’t even realize it? Road rage, child abuse, war, etc. The list goes on and on. How many ways does evil invade our lives and we just chalk it up to human nature gone wrong? Is there really something sentient trying to lead the world astray? It makes you think about the existence of a literal Devil.

If we could get a substantial government grant to dedicate millions of dollars and resources to the scientific study of one aspect of the paranormal, which should we choose? I have my own answer that I think we’re going to be in agreement with because of the broader implications.

Life after death, hands down. It answers so many other questions. (Hunter’s note : that’s exactly how I feel! We answer that question, what else really matters?) 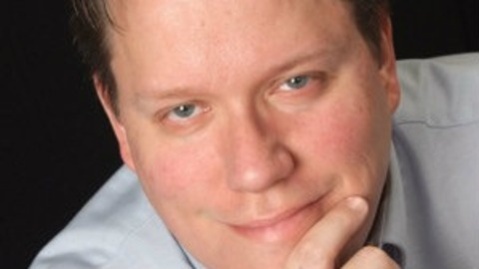 Who have been some of your favorite guests? Who is the one guest who has since passed that you wish you’d gotten, and one current dream guest that you’re hoping to get?

I wish I would have been able to interview Budd Hopkins on UFOs, that is one who comes to mind. John Keel is another. Loren Coleman would be a great guest and I’d very much like to interview James Randi. I know that seems counter intuitive but we need to understand the hardcore skeptic to learn how to have communication with other skeptics who might be capable of having an open mind.

A few years ago, you took the leap to full time podcasting, as well as writing. How terrifying was that and how has it been? By the way, the day you announced it, you became my hero. You have the career I dreamed of as a kid.

Thank you. I didn’t dream of podcasting, per se, because it didn’t exist in its current form but I always wanted to be a content creator in both broadcasting and written form. Audio, visual and the written word. Sometimes I would take stories and rewrite them from the neighborhood newspaper with a manual typewriter (remember those?), I would go around the house with a flashlight pretending I was a game show host, so broadcasting seems to have been bred in me as well. Another funny story is how I asked for a DJ “radio studio” toy when I was a kid. I didn’t get it but I have done a really good job of reconstructing it in my home studio now! Amazon must love me. Can you say compensating?

I was moderately scared at first when going full time but I had changed jobs many times while working in traditional media and kind of just viewed this as another job in terms of risk. If it wouldn’t have worked out, I would have just found another job. My wife and family were very supportive and I couldn’t have done it without them. It has been nothing but a blessing and I am so grateful to my audience. The feedback tells me they enjoy what I do and I am so glad it resonates with them. We are all just fellow seekers. I hope your readers will check out the shows at jimharold.com and wherever fine podcasts are heard. Thank you for the time to talk with you and your audience today.