The Man Eating Iguanas Have Landed!

That’s right, Hellions! JURASSIC FLORIDA is finally here, ready to chew up your e-readers and phones.

The early reviews have been phenomenal. Hey, what better time than the summer to munch on a quick monster mayhem romp? Here’s what some folks have to say:

“Jurassic, Florida is a hell of a romp, too, filled with monsters, gore, and carnage, with the pace cranked up to rapid-fire. There were a few moments that manage to surprise me with just how blackhearted Shea can be.” — Michael Patrick Hicks Reviews

This is just the first in my new, One Size Eats All trilogy. Hope it leaves you hungry for more. 🙂

If you’re a book reviewer and have an account with Net Galley, you can now download and read my June novella, JURASSIC FLORIDA. Now’s the time to jump on board the giant lizard train and dive into this year’s madness. It’s the first in a trio of novellas called ONE SIZE EATS ALL. Anyone interested in the direct link on Net Galley to the book, please respond here or email me at huntershea1@gmail.com. Happy monster hunting!

FLORIDA. IT’S WHERE YOU GO TO DIE.
Welcome to Polo Springs, a sleepy little town on Florida’s Gulf Coast. It’s a great place to live—if you don’t mind the hurricanes. Or the flooding. Or the unusual wildlife . . .

IGUANAS. THEY’RE EVERYWHERE.
Maybe it’s the weather. But the whole town is overrun with the little green bastards this year. They’re causing a lot of damage. They’re eating everything in sight. And they’re just the babies . . .

HUMANS. THEY’RE WHAT’S FOR DINNER.
The mayor wants to address the iguana problem. But when Hurricane Ramona slams the coast, the town has a bigger problem on their hands. Bigger iguanas. Bigger than a double-wide. Unleashed by the storm, this razor-toothed horde of prehistoric predators rises up from the depths—and descends on the town like retirees at an early bird special. Except humans are on the menu. And it’s all you can eat .

The Dangers of X-Ray Glasses

Growing up, there were two things that really made me want to have a pair of X-ray glasses. First, they were advertised in just about every comic book I owned. They were cheap (anywhere from a buck to a whopping $3) and you could see through anything, including walls that hid ladies changing in their nightgowns. At least that’s what the images in the ads implied.

Second, I was obsessed with the movie, THE MAN WITH THE X-RAY EYES, starring Ray Milland and directed by the legend himself, Roger Corman. I knew things didn’t turn out well for old Ray (the mean bastard who had his head implanted on Rosie Greer’s body in The Thing With Two Heads), but I would learn from his mistakes. 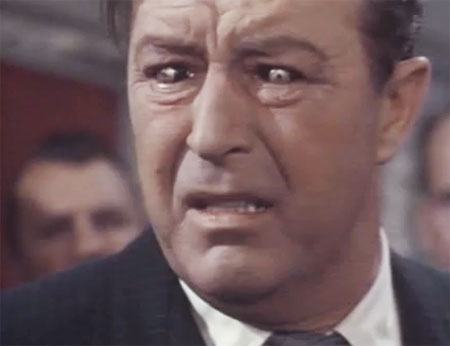 Needless to say, my parents refused to buy them, citing the fact that they were a ripoff, total crap and would, at best, make me cross-eyed. I have to admit, I harbored a little resentment for a while there. I made my own pair out of cheap sunglasses, but I’ll be damned if all it did was cause me to walk into walls.

Well, I may have never owned a pair of comic book X-ray specs, but I did get the chance to write about them in my latest MAIL ORDER MASSACRES RELEASE – OPTICAL DELUSION.

Set in the late 70’s, I can’t believe I created a cautionary tale about the dangers of X-Ray glasses. I truly have become my father!

If you ever wanted your own pair as a kid, grab this terrifying little novella and be happy you never got ’em. And if you did get a pair, share your story with the class! I’d love to hear how they worked for you and the sheer bitterness of your disappointment.

Put on a pair of “X-Ray” glasses and things will never look the same! These almost magical specs will make you the hit of the party! Astonishing three-dimensional X-Ray visions of what your friends—and girls—look like under their clothes! And all for just $1.

Martin Blackstone punishes his son for wasting his allowance on a pair of flimsy cardboard sunglasses X-ray vision . . . yeah, right. Martin tries them on just for the hell of it—and all they do is give him a headache . . .

Until he sees things he can’t possibly be seeing. Glimpses of things on the other side of a wall or beneath someone’s clothing. He wants to believe it’s just his overactive imagination but the “X-Ray” specs actually work. Then the fun novelty becomes a waking nightmare when the glasses burn into his face and he starts seeing horrifying apocalyptic visions no mortal man was ever meant to see. Images that alter his very personality—from a husband and father to a bloodthirsty homicidal maniac . . .

Because sometimes you can see too much.

If you buy Optical Delusion but didn’t get a chance to read the first book in the MAIL ORDER MASSACRES series, send a screen shot of your purchase to huntershea1@gmail.com. The first 2 people to do so will win a free copy of JUST ADD WATER.