The Mystery of Mystery – Guest Post By Author Robert Dunn

It’s no secret that Robert Dunn is one of my favorite writers. His book, Behind the Darkness, is one of my all time fave alien books. His latest book, A Living Grave, takes a slight left from horror into mystery. Robert takes a moment to explain how he got there. I urge you to pick up A Living Grave. Like me, I’m sure you’ll be wanting more.

by Robert Dunn, Author of A Living Grave

How did it happen? There is no easy answer. I suppose it started in elementary school. There were a few of us who fell into the Hardy Boys. It was innocent fun I tell you. Just school kid curiosity. 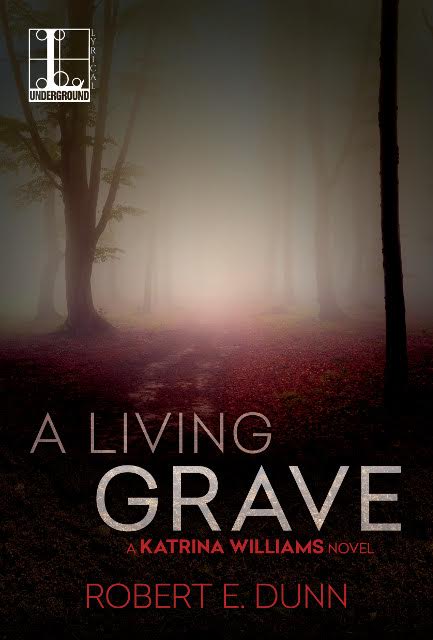 I blame my friend David for taking things further. He was an out and open Sherlock Holmes reader. He handed me the League of Red Headed Gentlemen like it was a normal thing. He dabbled in Ellery Queen and dared me with it. It wasn’t enough. He started mainlining Agatha Christie. David said it was what all the cool kids were doing. It was probably too late for me to help him, but not too late for him to drag me down too.

Sure, by then I had found Heinlein and Asimov. Bradbury was my shield. I even had Lovecraft, Poe, and Robert Howard at my back. Clarke and Dick led me to James Herbert to Blatty to Benchley to King. Even before the novels, had a bulwark of Vampirella, The Witching Hour, Tomb of Dracula, Weird War Tales, Eerie and Creepy. I say all that to make the point I was protected. I had options.

Still I got dragged into mysteries.

I don’t know how. When I started writing the stories were always about weird, gruesome things happening to mostly unprepared and innocent people. I loved seeing what the normal folk did in the face of the terrible. I liked monsters.

Every once in a while, though… Just occasionally, an idea would creep in that had no monster and no supernatural thing driving it. Yeah, it was an itch. It was a call. Because you never really get free.

I will admit that I kept reading mysteries, but the books changed. The mystery was no longer the thing. It became all about character. Writers like James Lee Burke created people with flaws and motivations beyond the puzzle and set them loose in extraordinary circumstance. I could get my teeth into that. Or maybe I was rationalizing. It didn’t matter.

One day I had an idea. As it happens so often with me the thought was of the ending of a book. The climactic scene played out in my head with visions of the people involved and their roles. Something about it kept niggling. I was thinking, working something out, like people do when they have a word on the tip of their tongue.

It came to me not suddenly but as an almost missed understanding. I was thinking of characters with reversed roles. My hero was female and the injured person in need of rescue was male. No wonder it was so hard to come to. It was a minor, almost irrelevant difference. Or so an astoundingly enlightened, 21st century man like me thought. Did I mention handsome? Because I’m a terribly attractive older man with silver in his hair.

Well—all of that aside—I discovered when I looked around at the characters and the books, a strong female lead character was not exactly the norm. I did a little digging and found that women in mysteries, when they were the main character, usually made the book less gritty. It was like the books didn’t want to get their hands dirty. The biggest and most successful example were the Kay Scarpetta books written by Patricial Cornwell. They are amazing, filled with detail, science, and mystery. The character is smart, brave, and so well put together it makes me wish I dressed in less flannel. She cooks too. The thing is, she is a forensic pathologist and solves mystery with gloves on. I had been reading books about men with war injuries and horror stories who struggled through to face down violence and save the day. The day was always almost always a woman. I wanted to see what would happen when a woman had those experiences and problems with drinking and violence.

AND—And I wanted to write a mystery. That was a punch in the gut. But you know what? It worked. And I found out I was not just a horror writer. I was a writer of books with mystery, romance, horror, science, and great people. I stopped worrying about what kind of writer I was and gave in to my addictions. I embraced my influences, all of them, not just the ones I wanted to think were important.

Is there a lesson? I don’t know. There are always events and we make our own lessons I guess. I wrote a mystery and I’ll write more. A Living Grave is the first novel in the Katrina Williams series. Book two is about to turn in to the publisher and I will begin the third. When it is all done I hope I will have a following, fans who know me as a mystery writer. That will be a nice cap to the story don’t you think? And I know you’re wondering—what ever happened to David? He didn’t fare as well as I did. Mystery got into my system and I was able to live with it, growing into the vibrant, handsome – if poverty stricken – and struggling writer you know and love. David went to medical school. He has a job and a beautiful wife. I still wish I could help him.

Katrina Williams left the Army ten years ago disillusioned and damaged. Now a sheriff’s detective at home in the Missouri Ozarks, Katrina is living her life one case at a time—between mandated therapy sessions—until she learns that she’s a suspect in a military investigation with ties to her painful past.

The disappearance of a local girl is far from the routine distraction, however. Brutally murdered, the girl’s corpse is found by a bottlegger whose information leads Katrina into a tangled web of teenagers, moonshiners, motorcycle clubs, and a fellow veteran battling illness and his own personal demons. Unraveling each thread will take time Katrina might not have, as the Army investigator turns his searchlight on the devastating incident that ended her military career. Now Katrina will need to dig deep for the truth—before she’s found buried…

Robert Dunn was an Army brat born in Alabama and finally settled in Nixa, Missouri. A graduate of Drury College with a Bachelor of Arts Degree in Communications/Film he also earned a second major in Philosophy with a minor in Religion and carried an emphasis in Theatre. This course of study left him qualified only to be a televangelist. 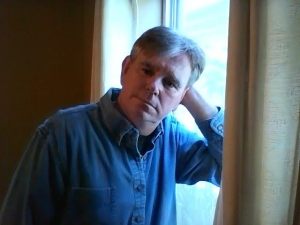 An award-winning film/video producer and writer, he has written scripts for or directed every kind of production from local 30-second television commercial spots to documentary productions and travelogues.

A writer of blognovels and contributor to various fiction websites his work has also included the book length prose poem, Uncle Sam, the collection of short stories, Motorman and Other Stories and novels Behind the Darkness  and The Red Highway.

Praise for Robert Dunn and A Living Grave

“This is hardboiled fiction at its best. We’re talking Elmore Leonard territory. A fantastic read and I hope there’s more to come.”
–Hunter Shea, Author of Tortures of the Damned and The Dover Demon on A Living Grave

“Dunn’s lyrical descriptions of Katrina’s inner struggles and demons read almost like poetry as he weaves an intricate and deadly plot of motorcycle gangs, the MOB, cancer survival, and child abuse into a novel so rife with complex feelings and life-situations, you are compelled to read it slowly, so you don’t miss a nuance of the gut-wrenching emotions he elicits from his characters.”
– Peggy Jaeger, Author of The Voices of Angels

“Parts of this book moved me to tears while others made me want to cheer out loud at Katrina’s kick-ass-atude. The twists and turns in the story kept me on the edge of my seat until the entirely satisfying ending. I’m so happy that this is just the start of what promises to be a totally addictive series! I highly recommend this phenomenal 5 star read.”
-Horror Maiden’s Book Reviews