It’s a new year, which means it’s time for some new books for all you horror monster fans! First up for 2016 is my sea monster novella, THEY RISE. 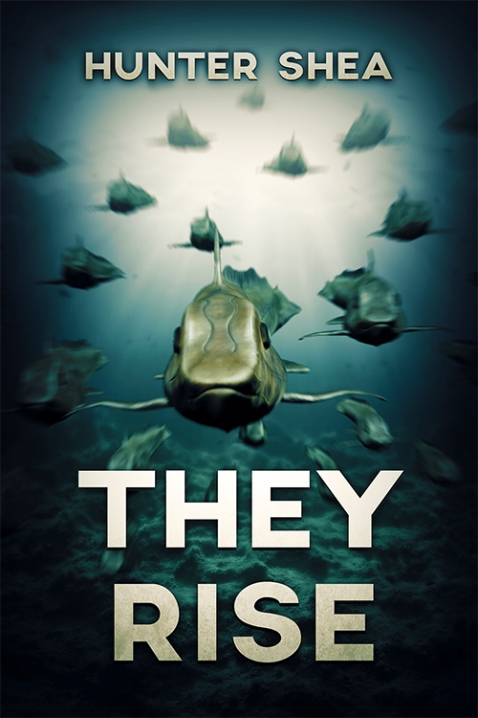 The Chimaera Fish are coming to get you Barbara!

The monster fish in They Rise are real, though not as large as I make them out to be. When I was searching for a sea monster to terrorize the ocean, I wanted to find something old and ugly. I knew I found my beastie when I came upon this photo of a chimaera fish –

Talk about a face only a mother could love. Turns out, chimaera fish are an offshoot of the shark family tree. They’re even nicknamed ghost sharks. They’ve been around for hundreds of millions of years. These bottom dwellers have spiny protrusions laced with venom for protection. I know if I pulled one up on a hook, I might throw the pole back into the ocean.

Now, in reality, they’re only a couple of feet long. I had to make my chimaera fish in They Rise much, much larger, so the sea creatures in the book are prehistoric chimaera fish that have been trapped in methane ice for millions of years. Once they get out, they’re mean and ugly and hungry. Kinda like me in the morning.

The book opens with a pair of older brothers out on a fishing party boat off the coast of Miami. The 70+ year-old men, Richie and Eddie, were based on my grandfather and his brother. I used to go fishing with them every summer when I was a kid down at Sheepshead Bay. They’ve been gone 20 years now, but the beauty of being a writer is the power to resurrect the ones you loved and lost, even if only for a chapter or two.

In the book, Eddie’s hooked something awful powerful on his line. His days of fighting big ocean fish are well behind him…at least that’s what he thought. Things are about to get a wee tad intense, as long as Eddie and the ship’s mate can haul in the catch of the day.

Of all the things I’ve written over the past several years, that opening chapter is the one that has meant the most to me. It gave me a chance to fish with Grandpa and Uncle Eddie, or as everyone called him, Okie Dokie, one more time. I’m glad that we only caught fluke and occasional sea robins back in the day. Hell, if I was going to write a fish tale, I had to start it with the men who taught me all about fish tales.

Want a chance to win a $50 Amazon gift card? Follow the publicity tour put together by the fab Erin at Hook of a Book Publicity. Sign up for my newsletter to be eligible. You’ll also be part of the giveaway fun I have all throughout the year.