As long time readers of my blog and chain know, October – renamed Horrortober by yours truly – is my favorite month of the year. Over the past 11 months, I’ve been stockpiling horror books, movies, mags and places to go, so every day of Terrortober is nothing but horror, horror, horror.

So, what will I be reading? What should you be reading? Here is my complete list with links to purchase, or just plain peruse,  each book. There’s a little bit of everything here by authors old and new. The one thing they have in common – they all kick some serious ass. Guaranteed to creep you out.

Bed bugs. They hide in mattresses. They wait till you’re asleep. They rise in the dead of night to feast on our blood. They can multiply by the hundreds in less than a week. They are one of the most loathsome, hellish species to ever grace God’s green earth. Thought to be eradicated decades ago, thanks to global travel they’re back. And with them comes a nightmare beyond imagining. Infected with a plague virus so deadly it makes Ebola look like a summer cold, one bite turns people into homicidal maniacs. Now they’re in Chicago and migrating to al points North, South, East and West. The rest of the world in a matter of time. The U.S Government and the CDC are helpless to stop it. Only one man knows what’s causing the epidemic. And the powers-that-be want him dead. 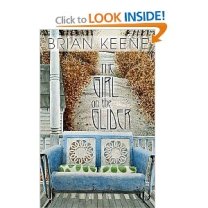 The year is 2009, and the world’s financial and publishing sectors are in chaos. In the midst of this disarray, a burned-out horror writer finds himself haunted by a variety of ghosts, both real and metaphorical. And as the ghosts increase their attacks, his struggle to make a living quickly becomes a fight to hold on to his family – and his very sanity.

In the spirit of such iconic horror classics as The Texas Chainsaw Massacre and Deliverance, Kin begins at the end and studies the possible aftermath for the survivors of such traumas upon their return to the real world — the guilt, the grief, the thirst for revenge — and sets them on an unthinkable journey… back into the heart of darkness. 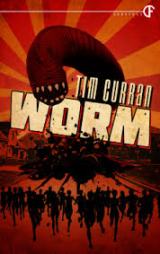 On Pine Street, the houses begin to shake. The earth begins to move. The streets crack open and yards split asunder…and rising from subterranean depths far below, a viscid black muck bubbles up and floods the neighborhood.

In it are a ravenous army of gigantic worms seeking human flesh. They wash into houses, they come up through the sewers, through plumbing, filling toilets and tubs, seeking human prey.

Cut off from the rest of the town, the people of Pine Street must wage a war of survival or they’ll never see morning. As bad as the worms are, there’s something worse—and far larger—waiting to emerge. 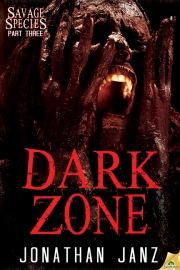 Charly, Sam, Jesse and the others must do battle with the Children in the labyrinthine subterranean world that the creatures call home. But the situation grows bleaker when many of the survivors are captured and borne deeper into the lightless caverns…where a new and even more horrific species awaits.

In a desperate attempt to save their land from tax foreclosure, Delphus Fraley and his daughter open a camp for at-risk kids, with the goal of building character through experience in the Appalachian Mountain outdoors.

But a strange infection contaminating the camp’s mess hall soon triggers a violent rampage. As the isolated camp turns into a bloodbath, camp counselor Jenny Usher first fights to save the children, and then finds she must fight to save herself.

Because this infection doesn’t just kill, it brings the dead back to life…

A nightmare made real.

On Christmas Eve, six-year-old Tom McCrae witnessed an unspeakable atrocity that left him orphaned, his childhood in tatters. Now in his mid-thirties, Tom still has terrifying nightmares of that night. When Tom is sent to the remote Scottish village of Douglass to negotiate a land grab for his employer it seems like a golden opportunity for him to start over. But Tom can’t help feeling he’s been to Douglass before, and the terrible dreams from his childhood have begun to spill over into his waking life. As murderous events unfold and Tom’s feverish nightmares escalate, he will discover the hideous truth behind the villagers’ strange pagan ritual of The Jack in the Green.