We’re going to shake off our Horrortober hangover with a post from one of the best horror writers on both sides of the Atlantic. I first ‘met’ Catherine Cavendish when we were both writing for Samhain. Now we’re together again at Kensington Books. The poor woman can’t shake me. She has a new, terrifying novel out that I can’t wait to dig into. Until then, let’s take a tour of a funeral museum in beautiful Vienna. Take it away, Cat!

If I had a penny for every time I have heard that expression, I would be living in splendour right now.

My latest novel – Wrath of the Ancients – is largely set in Vienna, Austria’s imperial capital and surely one of the most beautiful and enchanting cities in the world. Its streets team with culture and its proud residents are almost fiercely protective of their enigmatic, sometimes quirky, and endlessly fascinating home, where everyone from Strauss to Klimt and Freud lived and worked.

Vienna is home to well over a hundred museums. It seems there is a museum for almost anything – Chimney Sweeps, Boy Scouts, Tobacco, Trams, Undertakers, Contraception and Abortion… the list goes on and on. And that’s in addition to the wealth of art and history museums on a grand scale. One of the quirkiest – and the first of its kind anywhere in the world – is the Funeral Museum which has been relocated from the centre of Vienna to its new home in the Zentralfriedhof – Vienna’s main cemetery on the outskirts of the city.

When you enter, you are plunged into a dark, funereal atmosphere where the history of funerals and of the main funeral directors’ company in Vienna – Bestattung Wien – in particular is laid out in all its pomp and ceremony. The Viennese have always had something of a fascination with death and the quest to achieve a Schöne Leich (Literally ‘beautiful corpse’) is a passion. Most frequently that means creating the most lavish of funerals. This was especially the case in the nineteenth and early twentieth centuries when it seemed people vied with each other to create the most over-the-top ceremony.

Bestattung Wien pride themselves on being able to create the most unusual and individually designed funerals. So successful are they that people even come from abroad in order to have their unique vision executed. Funeral tourism! The company handles some 20,000 funerals a year, in Vienna and the surrounding area. Anything from traditional limousines, to horse-drawn vehicles, coffins made by their own coffin makers and pretty much anything your heart desires can be arranged – at a price of course. The museum features insignia, ceremonial uniforms, lanterns, a full size horse-drawn hearse containing a coffin (but minus the horses, of course!) 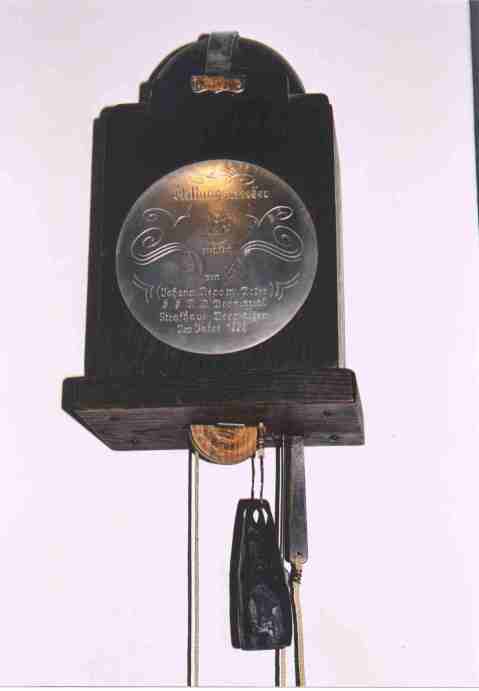 In a more modern vein, there is a display cabinet featuring a number of items including a small box with a tiny blue diamond. Yes, this is someone’s ashes, turned into an imitation diamond. The relative could, if they wanted, have this mounted into a piece of jewellery so they could wear their loved one around their neck, on their wrist, finger or even in a brooch worn over their heart. All this is on display at the museum, providing a unique insight into the Viennese way of death.

You will also see death masks, and a picture showing the specially designed Sitzsarg or ‘sitting-up’ coffin, based on a painting by Rene Magritte. Only one of these was ever made and it used to be on show but apparently not anymore.

Also on display are reminders that medical science was not always as accurate as it is today when determining whether a person was actually dead. In the first half of the 19th century, there was a widespread fear of being buried alive so a piece of string was attached to the deceased’s finger before burial. This string led into the cemetery warden’s office so that, in the event the ‘corpse’ woke up, they would ring the bell. Sadly, this led to a great many false alarms. Decomposition, shifting earth, release of gases after death all lead to changes in the position of the body sufficient to make the bell ring. Eventually the wardens got so fed up, they ceased the practice of attaching the warning bells, but you can see them here.

Even today, if you are still concerned that you might wake up after being buried, you can specify another option to ensure this could never happen by stating in your Will that, once your death has been pronounced, a thin stiletto-like knife should be used to pierce your heart. Now there can be no mistake. In the museum, one such stiletto is displayed in all its glory, on purple velvet in a glass case. Chilling. That will cost you 300 Euros.

In the so-called Age of Enlightenment, in the 18th century, Emperor Josef II saw fit to ban all cemeteries from the centre of Vienna and introduced the ‘reusable’ coffin. This contained a retractable hatch at the bottom. The body was placed in it, lowered, and the hatch released. The corpse, wrapped only in a sack would then fall into the grave. The coffin could then be used again and again. Needless to say, this did not agree with the Viennese way of death, the ‘beautiful corpse’ and all the pomp and ceremony and was abandoned.

The museum also features a section dedicated to the burials of six famous people from the modern era– some of whom may be less familiar to non-Austrians although Falco (Rock me Amadeus) is well-remembered, as is Curd Jürgens the actor who played a Bond villain in The Spy Who Loved Me. 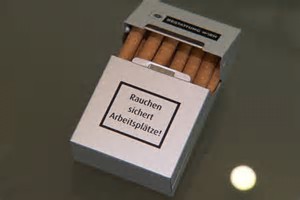 As I said at the beginning, “Only in Vienna…”

Eminent archaeologist Dr. Emeryk Quintillus has unearthed the burial chamber of Cleopatra. But this tomb raider’s obsession with the Queen of the Nile has nothing to do with preserving history. Stealing sacred and priceless relics, he murders his expedition crew, and flees—escaping the quake that swallows the site beneath the desert sands . . .

Young widow Adeline Ogilvy has accepted employment at the mansion of Dr. Quintillus, transcribing the late professor’s memoirs. Within the pages of his journals, she discovers the ravings of a madman convinced he possessed the ability to reincarnate Cleopatra. Within the walls of his home, she is assailed by unexplained phenomena: strange sounds, shadowy figures, and apparitions of hieroglyphics.

Something pursued Dr. Quintillus from Egypt. Something dark, something hungry. Something tied to the fate and future of Adeline Ogilvy . . .

Wrath Of The Ancients

Following a varied career in sales, advertising and career guidance, Catherine Cavendish is now the full-time author of a number of paranormal, ghostly and Gothic horror novels, novellas and short stories. She was the joint winner of the Samhain Gothic Horror Anthology Competition, with Linden Manor. Cat’s novels include the Nemesis of the Gods trilogy – Wrath of the Ancients, Waking the Ancients and Damned by the Ancients, plus The Devil’s Serenade, The Pendle Curse, Saving Grace Devine and many more. She lives with her long-suffering husband, and a black cat who has never forgotten that her species used to be worshiped in ancient Egypt. She sees no reason why that practice should not continue. Cat and her family divide their time between Liverpool and a 260-year-old haunted apartment in North Wales.

5 responses to “Guest Post by Author Catherine Cavendish – THE VIENNESE WAY OF DEATH!”