Entering the LOST WORLD OF KHARAMU

For starters, I’d really like to thank Hunter for inviting me here to be a guest on his blog and talk about my own recent take on dinosaurs, “The Lost World of Kharamu”. We both tackle horror from different directions, so it’s kind of amusing we’ve crossed paths this summer at an intersection marked by giant man-eating lizards. 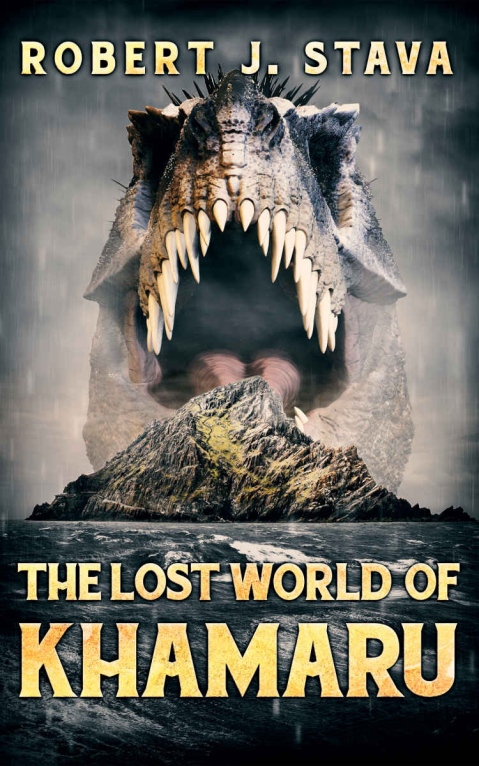 For me, this is my first venture into the sci-fi arena – traditional, old-school horror stories are my usual dish – but truth be told, I’ve always been fascinated by dinosaurs. My earliest figurines were those hard-wax dino figures they used to sell in mall parking lots back in the day, the ones that used to melt in the sun if you forgot and left them out on the back porch (like I did). From there I went on to an ill-conceived attempt to build a dino-diorama, signing out every dinosaur book in our local library and Saturday afternoon features like “Lost World”, “The Land That Time Forgot”, and so on, movies that were pretty much over-the-top schmaltzy kid’s stuff. But I didn’t take them that seriously.

Until, that is, “Jurassic Park” showed up in the theaters.

Spielberg’s block-buster was a game changer. No stop-action Harryhausen figurines here – from the moment those thundering creatures appeared on that huge IMAX movie screen, those suckers looked terrifyingly real. The first time that T. rex roared, my knuckles went white on the arm rest and that scene where Jeff Goldblum is being chased? I still cringe. Michael Crichton’s book were no less amazing because the science behind them all seem plausible.

So, when it came time for me to cook up my take on the genre, the obvious question was: What on earth could I possible add to this?

Drawing from my experiences traveling in England, India, China and southeast Asia seemed like a good place to begin. Along with a whole bucketload of ‘what ifs?’. “The Lost World of Kharamu” takes its main character, renegade paleontologist Dr. Grant Taylan, on a rollercoaster ride from the Hudson Valley to the Natural History Museum in London, Mumbai India, and ultimately to a remote island in the South Pacific where a Chinese tech corporation is having the beta trial run of its ultimate cosplay themed vacation park. This ‘Lost World’, however, has its own special perks: a place where the ultra-rich not only get to play out their 1950s Universal monster-movie fantasies, but fight and kill real dinosaurs in the bargain.

Along with Australian dino-expert Audrey Adams and Indian Systemologist Roma Banaji, Taylan has to outsmart Russian black-market fossil traffickers, a relentless bunch of Vietnamese commandoes with a contract on his head, a psychotic ex-girlfriend, a Texas billionaire with a John Wayne complex and of course, dinosaurs. Not just the traditional sauropods and Tyrannosaurs we know and love, but also the swift, brilliantly-feathered Zhenyuanlong and the terrifying Utahraptor. 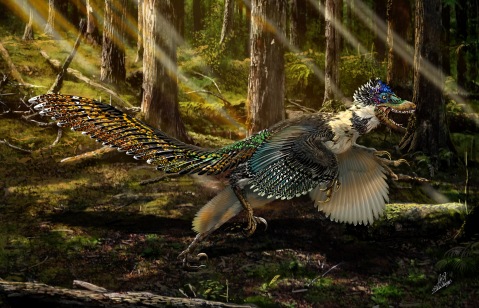 “The Lost World of Kharamu” is really intended as a throwback to adventure story-telling, with more of an adult twist and plenty of black humor. Don’t look for a Disney-theme here. If that interests you, I’ll be giving away two ebook copies free to random drawn responses to this blog, on Hunter’s discretion.

Thanks again, and as Mr. Romero said: stay afraid!

29 responses to “Entering the LOST WORLD OF KHARAMU”