The Real People Behind The Character – Jessica Backman Revealed

With only 5 days until the release of my next book, ISLAND OF THE FORBIDDEN, I thought it was time to talk a little about my brave ghost warrior, Jessica Backman. This is her third book and it’s strange how life is starting to imitate art, years after art was created to imitate life.

It all started with my very first book, FOREST OF SHADOWS. When I wrote FOS, my two girls were toddlers. My oldest was just about the same age as Jessica in the book, 6. Naturally, characteristic traits of both girls were woven into the fiber of Jessica – curious, precocious, at times braves, other times unsure and afraid. My wife and I back then talked about having 4 kids, all girls if possible. Jessica had long been a frontrunner on our list of baby names. When my wife’s sister had a baby and named her Jessica, even before she knew I was writing about a little girl with the same name, well, it kind of seemed as if this little character had come to life and joined the family. I ended FOS on a pretty definitive note and thought, that’s that. Ain’t it cool that we now have an actual little Jessica in the family? 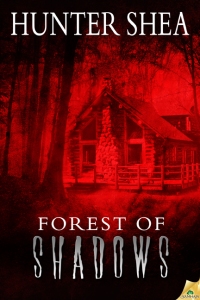 The book was done, years later it was published and I suddenly couldn’t stop thinking about Jessica. What would become of a little girl who’d seen so much? Where was she now? How would she look? How does she hide her scars? (and I was quietly happy that my niece Jessica had led a normal, uneventful life) When my editor asked me for my next project, I said I was going to write one where Jessica was the main character. I moved the story ahead 13 years so she was now 19, smart, witty, foul mouthed and following in her deceased father’s ghost (or as she says, EB) hunting footsteps. A person could go two ways after experiencing what she had in Alaska. They could never think or speak of the supernatural again, or they could press on, armed with the feeling that lightning never strikes twice. In SINISTER ENTITY, Jessica is pretty much a know-it-all badass with proof that there’s a whole new life after death and she isn’t afraid to chase down its secrets. And like all teens, she doesn’t know as much as she thinks she does. Staring into the abyss without hesitation, something glares right back and it rocks her. 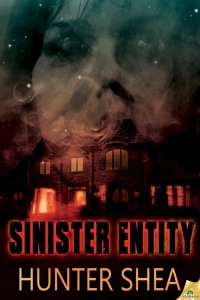 When I wrote SE, I had one girl in her teens and the other right behind her. My youngest was starting to gain an interest in the paranormal, just like Jessica. Both were unafraid of ghosts, mainly because we live with one. I don’t presume to know what it behind the unofficial fifth member of our family, but he’s here, just the same. As Jessica grew, so did they, and their personalities had started to meld.

With more tales to tell, I’ve brought Jessica back in ISLAND OF THE FORBIDDEN.  Now in her early 20’s, she’s scared of herself and for the first time is afraid of both the worlds of the living and the dead. A grown woman now, she can’t just plow forward without thinking of the consequences. Once youth is lost, there is no getting it back. With that loss comes the flowering of fear.

And with age comes the complications of relationships with family, friends and for Jessica, a man. I see those girl-boy complications all the times with my girls. It makes me glad I’m not single!

In a strange way, Jessica has become a third daughter to us – albeit one who doesn’t need new clothes every season or leaves dirty dishes all around the house. She’s growing right along with my kids, though a little faster. I may have to slow her down so they call catch up. The best and most complicated parts of Jessica come from my own girls. And I do see them adopting some of her traits, even though they haven’t read the books (saving that for a couple of years from now). It’s fascinating to witness, and an honor to write. These 3 particular books have been the most personal to me. Art always intersects with life in some fashion. I’m excited to see where the family goes next.